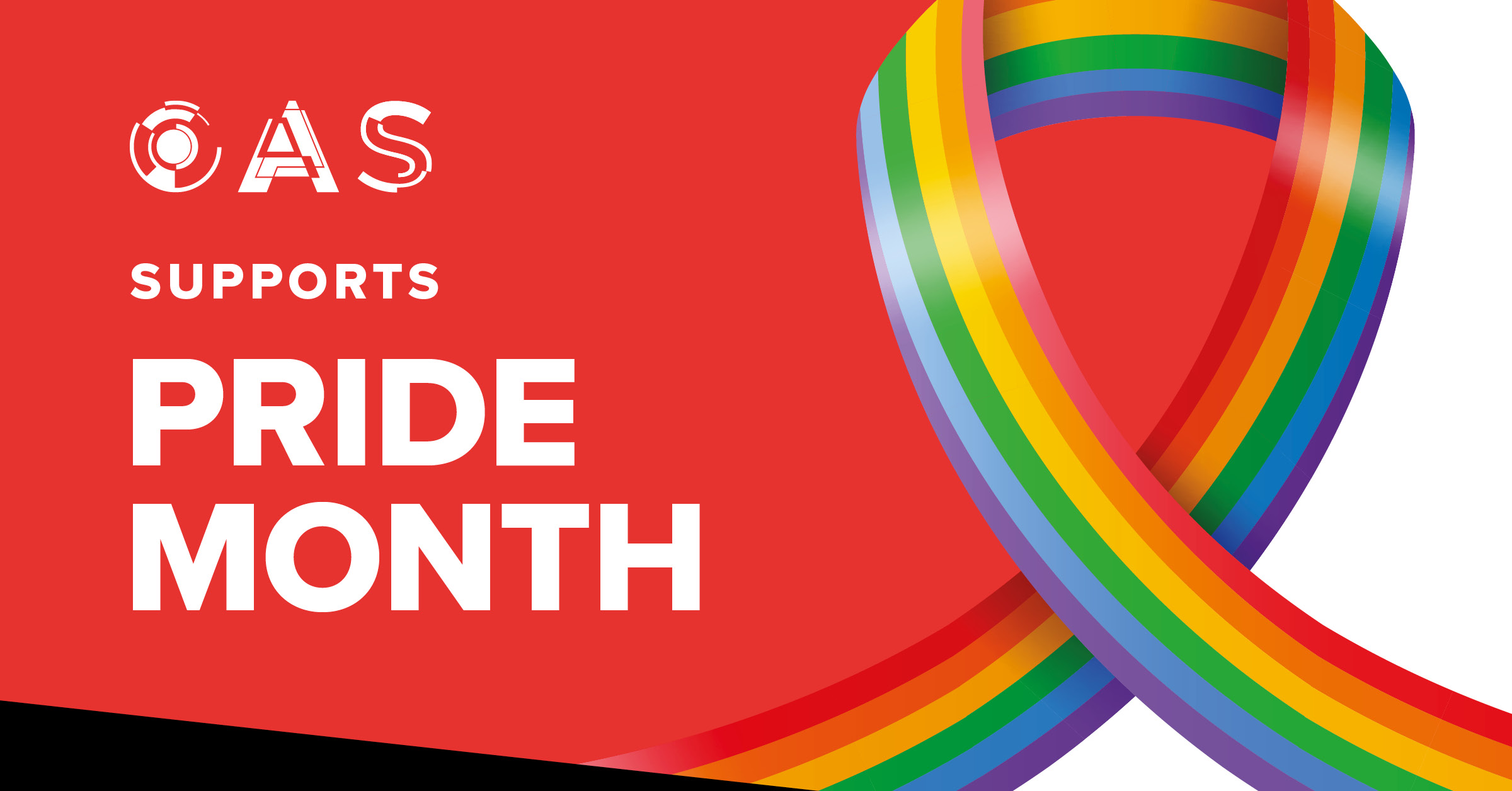 Each year throughout June, communities across the world celebrate sexual diversity, freedom of expression and self-worth through a multitude of colourful loud and proud events recognising the positive influence Lesbian, Gay, Bi-Sexual, Transgender and Queer (LGBTQ+) people have upon our world.

There’s no doubt that we’ve come a long way since the Stonewall Riots back in 1969, but there’s still work to be done. Here at OAS, we’ll be taking part in Pride Month by celebrating some of our sector’s LGBTQ+ role models, sharing resources and raising awareness about the challenges LGBTQ+ people continue to face in today’s society, and encouraging everyone to play their part in creating more open, diverse and inclusive world.

What is LGBTQ+ Pride Month?

Pride Month began over 50 years ago as a way of peacefully protesting against discrimination and violence towards the LGBTQ+ community. Since then, it has evolved to become more of a celebration, with a continued commitment to tackle prejudice, discrimination and raise political awareness at the same time. Pride promotes individuality, dignity, equal rights and self-affirmation, and helps increase society’s understanding of the issues the LGBTQ+ community faces every day.

Why the month of June?

In the early hours of 28 June 1969, police raided the Stonewall Inn, a gay club in Greenwich Village, New York City. This act of oppression and disdain towards the LGBTQ+ community sparked the Stonewall Riots (also known as the Stonewall Uprising). Bar patrons and neighbourhood residents clashed with law enforcement for six days in protest against the raid. The Stonewall Riots served as a catalyst for the gay rights movement in the United States and beyond.

The very first LBGT Pride March followed a month later in July 1969, co-ordinated by Brenda Howard who is now known as the “Mother of Pride.” Then, in 1970 on the first anniversary of the Stonewall Riots, the Christopher Street Liberation Day Parade was held as part of a week of events entitled Gay Pride Week.

These events have since evolved into the annual month-long celebrations held every June in countries around the world. Parades and marches continue to be a key part of today’s Pride Month celebrations, accompanied by street parties, community events, poetry readings, public speaking, street festivals and educational sessions. Although many have been postponed or cancelled again as a result of the ongoing pandemic, there are still lots of virtual activities to get involved this June.

Why is LGBTQ+ and Pride Month important?

As well as being the globally recognised celebration of sexual diversity, Pride Month is also important because it marks the anniversary of the start of huge change for both the LGBTQ+ community and society at large. At OAS, we’re committed to welcoming all forms of diverse talent, and recent research suggests there‘s more we can all do to encourage inclusion.

The Office for National Statistics (ONS) estimates the LGBTQ population within the UK is 2%, with Government data from 2017 showing that 4.2% of 16 to 24-year-olds in the UK identified as lesbian, gay or bisexual. However, Trades Union Congress (TUC) research published just last year found that nearly 7 in 10 (68%) LGBTQ people reported being sexually harassed at work.

What is OAS doing during Pride Month?

Recognising and celebrating Pride Month is part of our ongoing focus on Equality, Diversity and Inclusion (ED&I) at OAS. Although negative attitudes and injustice towards the LGBTQ+ community remain, society has evolved since the riots of 1969 and by continuing in this long-standing tradition we’re also continuing to raise awareness, improve attitudes and encourage inclusiveness.

We’re working to improve inclusive access to apprenticeships, welcoming and supporting talent from all backgrounds so that everyone has the same chance to fulfil their potential. We’ll be celebrating Pride Month by hosting and sharing themed webinars throughout June, getting to know some of the engineering sector’s LGBTQ+ role models, sharing information about our amazing LGBTQ Affinity Group, and raising awareness about free to access information, support and resources for all. Keep an eye on our social media channels for more details!

As with all of our ED&I activities, we’re keen to work collaboratively with our apprentices, employers and parents to build on the work we’ve already done and the infrastructure already in place. If you’d like to get involved and explore how you can work with us to support the LGBTQ+ community and Equality, Diversity and Inclusion (EDI) in general, please contact our EDI Partner, James Jackson at james.jackson@ukaea.uk.