New biodiversity initiatives to be introduced at OAS 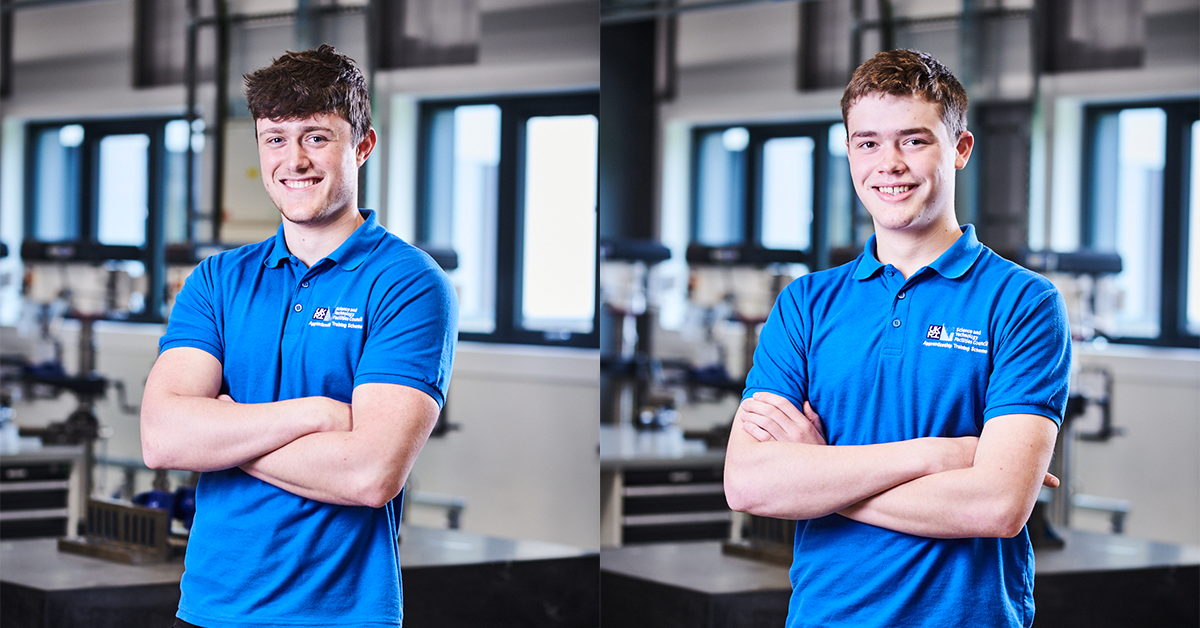 A chance conversation at break time for first-year apprentices Myles Klaiber and Thomas Pool has led the OAS Project Team to green light the installation of a wildflower field on site as part of the exciting new phase of developments at OAS. The Mechanical Engineering Technician apprentices, both of whom are employed by the Science and Technology Facilities Council (STFC), impressed staff with their proposals to increase biodiversity around the training centre and are now busily planning for work to begin on site. We caught up with them to see how their idea has blossomed from their initial conversation…

Where did the idea for this proposal come from?

The project came about quite naturally from a conversation we were having over lunch outside the training centre one day. We were discussing a David Attenborough documentary that had recently been on television and we noted how beneficial wildflower fields are to the surrounding environment and local wildlife, including insects, pollinators (such as bees), and birds. We then thought it might be a good idea to incorporate wildflowers in the area where we were sitting as both a pollinator support for insects but also for the positive visual impact it could provide.

So how did the project grow from your initial idea?

We decided to make a presentation detailing our ideas and what outcomes we thought we could achieve on site. We presented our thoughts to Emily Swatton, an apprentice coordinator at OAS, and received some positive feedback. After that, it gained traction fairly quickly and snowballed from there.

Did you have any previous knowledge of biodiversity or any similar principles?

Neither of us had any previous experience of anything along the lines of biodiversity – apart from Tom building a pond at his secondary school!

What research did you undertake to understand more about wildflowers and increasing biodiversity?

Because of our lack of detailed knowledge, we found some great sources of information on the internet that helped us to flesh out our ideas and develop our presentation further. Tom’s parents also work in the agricultural industries so they were able to put us in touch with a farmer who had previously completed large scale wildflower implementation. All of this helped us to formulate ideas on which types of flower were best for the local area, when to plant the seeds, and an idea of the costs involved.

Tell us about your presentation to the OAS Project Team…

Both of us were nervous about presenting our ideas, but in the end we both felt the presentation went really well and everyone seemed to be on board with the idea. We presented to numerous people including the head of ecology for the site, the project manager for Phase 3 and the landscaping architect. We received lots of input as well on possible locations to plant the wildflowers and strategies such as removing topsoil to help growth.

What are the next steps from here?

Before we can plant anything, we need to formulate a plan to locate the best areas for planting in and deciding where any additional nature areas, such as ponds and benches, will be. After that, we can start getting the seeds into the ground which will be a task we can all get involved with.

We’ll revisit this story in the future to see how Myles and Tom’s ideas are incorporated around the OAS site – so watch this space!