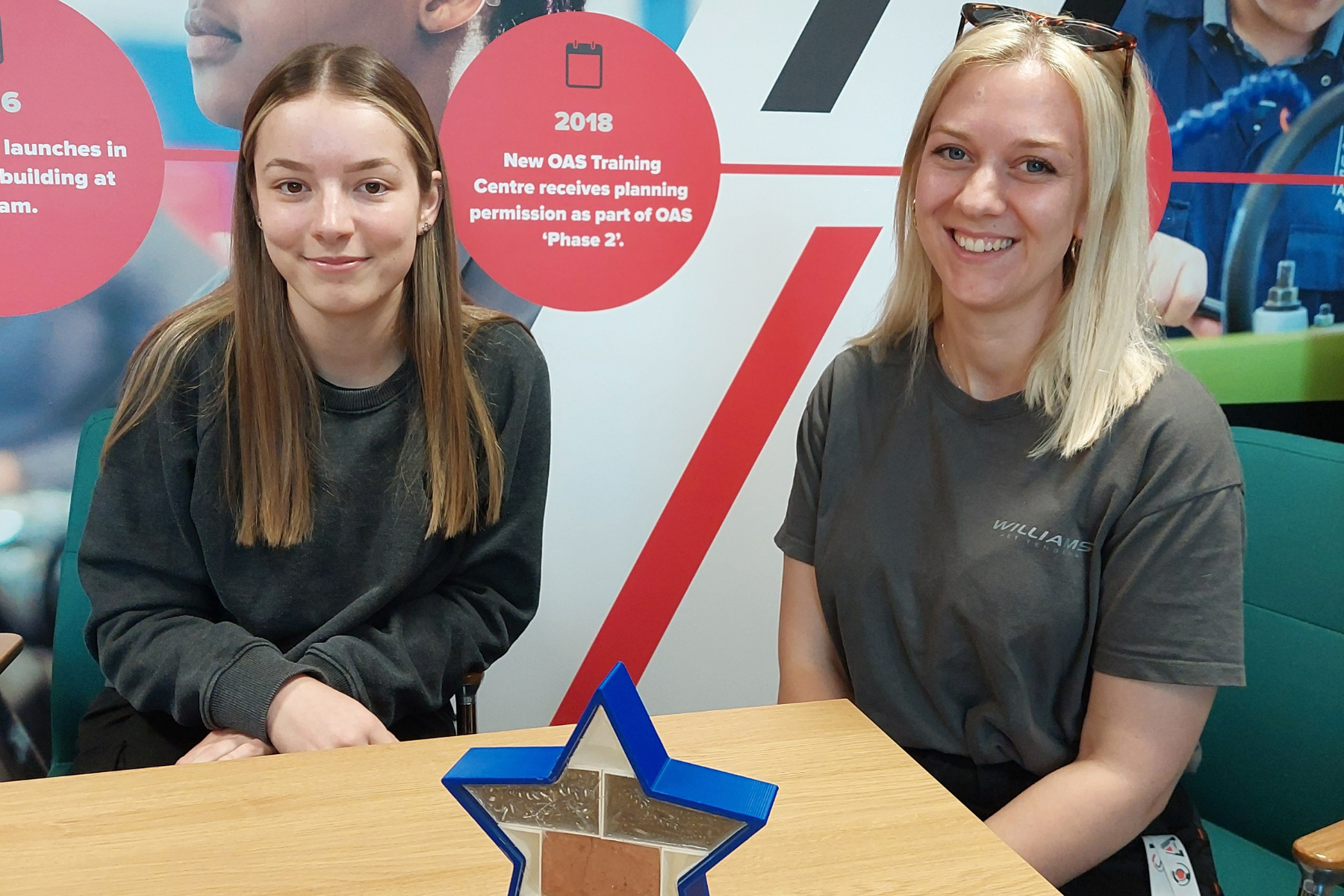 Two OAS apprentices have won a competition to design and manufacture the trophies for this year’s JACKfm Brick Awards!

First year apprentices at OAS were invited to compete by designing a trophy for the award winners, following a brief that encouraged creativity. Working alone and in pairs, three entries were shortlisted for judging by the JACKfm team in their Oxfordshire studio: Josef Kelman from Amazon, Ella Ward from STFC, and Phoebe Wales and Anisha Roberts from Williams Racing and Williams Jet Tenders.

Now in their third year, the Brick Awards celebrate the very best of Oxfordshire's trade industry. Nominations for businesses and trades people across Oxfordshire have been rolling in, with 200 attendees expected at a black tie awards ceremony at Oxford University’s Bodleian Library in October.

The judges selected two designs for the final round, in which the apprentices produced prototypes on OAS’s polymer 3D printers, presenting them to JACKfm for a final decision. The team chose Anisha and Phoebe’s trophy, which features a star made of bricks, with each brick symbolising a different trade.

Andy Butler, S&P Manager at JACKfm, explained what the judges loved about the winning product.

“All of the designs were of an incredibly high standard and showed off just how talented the apprentices at OAS are. The winning design was exciting and perfectly encapsulates the brief. Radio started as a story-telling media form and the winning design has a great story behind it. We loved how it incorporates every single element of the trade industry in a trendy, aesthetic way.”

The winning learners will now project manage the manufacture of trophies for each of the 15 award categories, and all of the competitors have been invited to the awards ceremony to see them being received by the winners.

Anisha spoke about how it felt to have created the winning design:

“This is such a great opportunity to use the skills we’ve been learning during our time at OAS, and it will also help us with a project in the next year of our apprenticeship programme, so that’s an added bonus! I can’t wait for the ceremony so we can see all the worthy winners holding the awards that we’ve put so much time and effort into.”

Paul Smith, MTC Training’s Regional Manager for the South, who instigated the relationship between OAS and JACKfm, said it had been a brilliant opportunity for OAS apprentices to put their newly gained skills into action on an unusual project.

“It was evident early on that the winning design was created by a stand-out team – they remained professional throughout the process and have included the runners up in their project team that will manufacture the trophies. It’s been a great experience for them both personally and professionally, with their efforts contributing to their apprenticeship qualification too. We’re all looking forward to seeing them in action in person at the awards in October.”

Many thanks to the JACKfm team for another fantastic enrichment experience for the OAS apprentices!