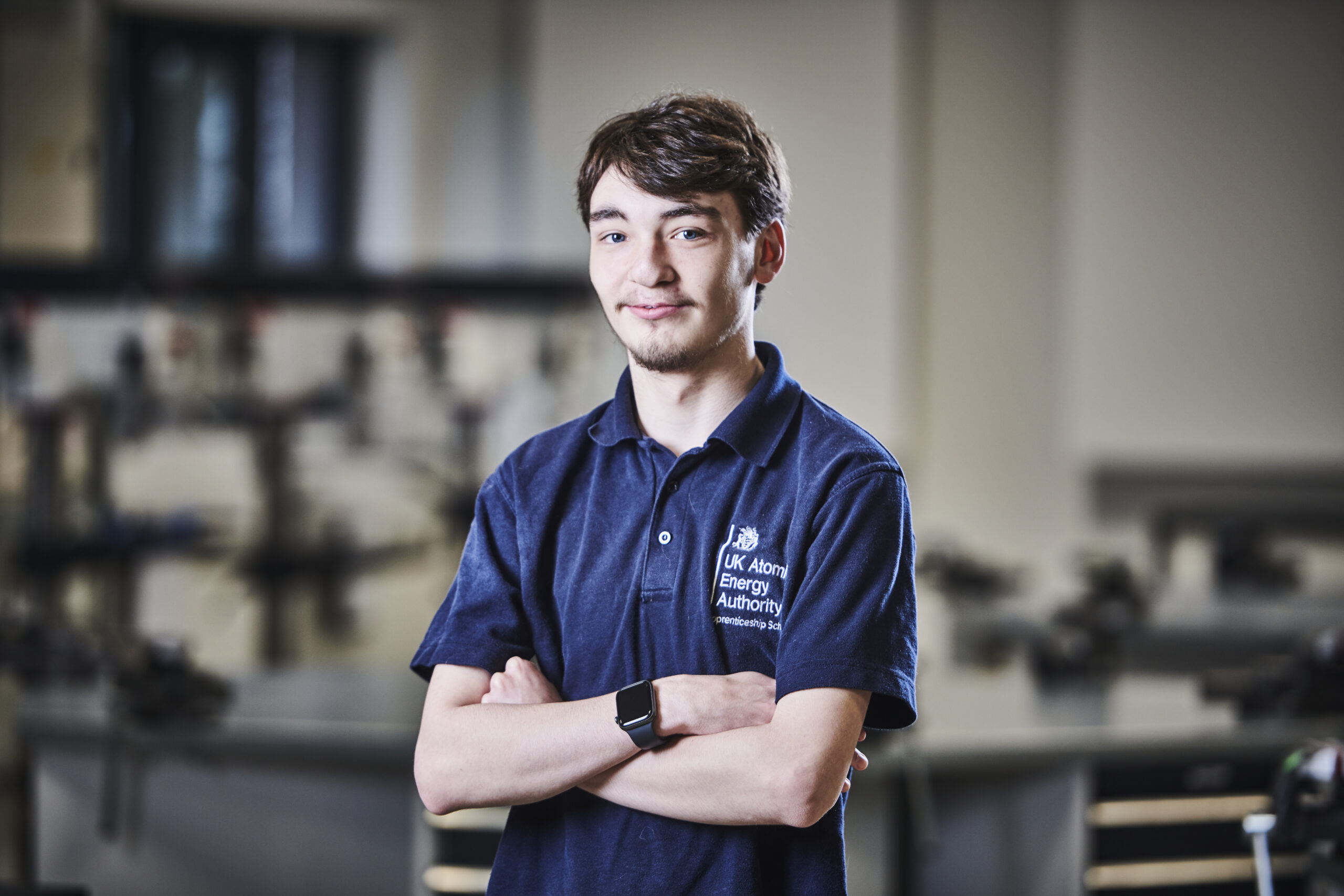 An Oxfordshire Advanced Skills apprentice has reached the finals in the Large Employer Apprentice of the Year category at the Enginuity Skills Awards 2022.

The accolade recognises 19-year-old Josh Tee’s enthusiasm, positive attitude, and determination in the face of adversity.

Now in the third year of his four-year apprenticeship, Abingdon-based Josh is an engineering apprentice at UK Atomic Energy Authority, which carries out fusion energy research on behalf of the Government. He has overcome significant challenges resulting from his dyslexia to become one of the most promising and ambitious apprentices in his cohort at the OAS training centre in Oxfordshire.

Having received additional tuition and support from specialist tutors, particularly in English, mathematics and science, throughout his school education, Josh credits his achievements to his foster parents’ support and investment in helping him access the help he needed. Coupled with his determined commitment to his personal and professional development, this support helped  boost his GCSE grades and gave him the opportunity to access an apprenticeship.

Since then, both UKAEA, and his training provider at OAS, MTC Apprenticeships, have been impressed by Josh’s motivation, tenacity and generous team spirit. He was one of the first from his cohort to complete the first year of his programme, was selected by UKAEA to begin an HNC alongside his apprenticeship, and has been recommended as a future mentor or team manager by the early careers team.

He is also a vocal advocate for apprenticeships, supporting new learners as they begin their programme, helping at open events, and providing emotional and practical support to his team throughout the COVID-19 lockdowns.

“We nominated Josh to recognise and celebrate how hard he has worked to overcome the challenges that he faces. It’s been a pleasure to watch him grow in skills, knowledge and confidence during his training so far. His enthusiasm is infectious and he’s a brilliant ambassador for apprenticeships. Today he’s exceeding even his own expectations as he progresses through his programme, and we couldn’t be prouder of him.”

Early careers advisor at UKAEA and Josh’s line manager, Amy Jordan, said she remembered meeting him as he was applying for the apprenticeship. She said, “Watching Josh’s confidence grow throughout his time with us has been brilliant. He’s consistent and dependable. If there’s ever an issue I know that he’ll tell me, and he’s already showing all the right skill sets for managing people in the future, which is fantastic. Apprenticeships are key to UKAEA’s future workforce, and Josh is the perfect example of why this is the case.”

Now in their ninth year, the Enginuity Skills Awards celebrate innovation in the engineering and manufacturing sector. 27 finalists have been shortlisted across 10 categories that recognise the brilliant apprentices and learners, champions of skills development, and innovators tackling today’s challenges throughout the industry. Winners will be announced at an awards ceremony in London on March 17. Full details of the shortlists and awards can be found at www.enginuity.org/news-events/skills-awards/.