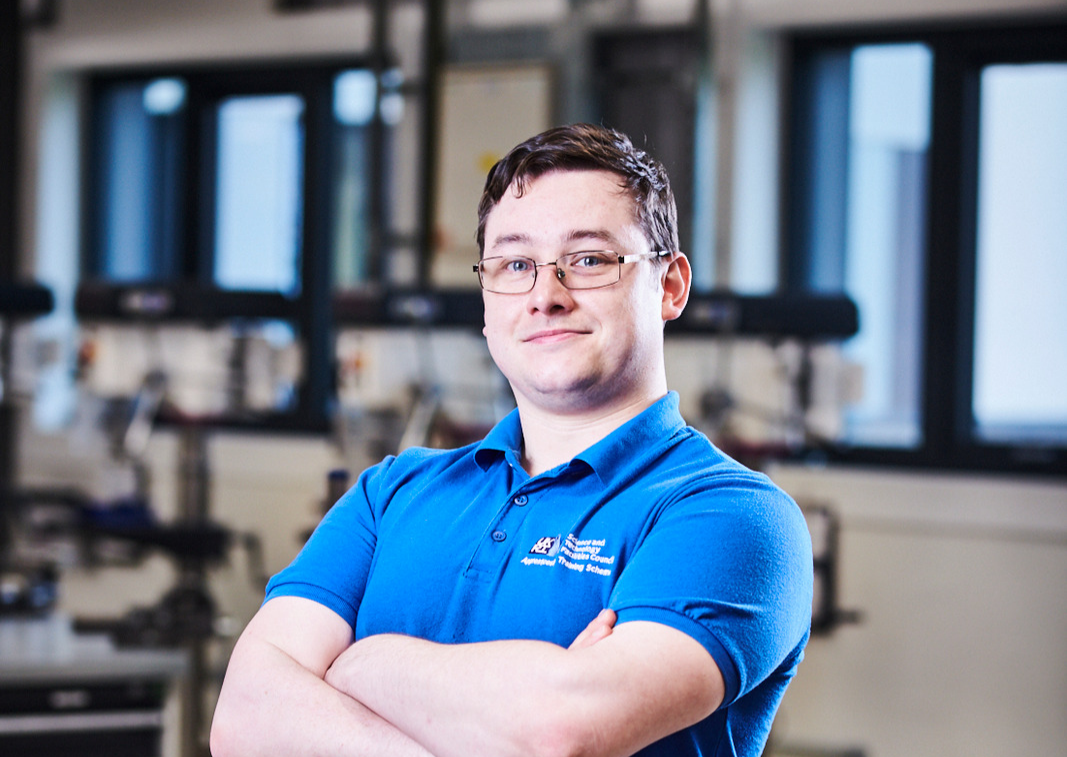 Darren began his apprenticeship after deciding to change career in his thirties. A former chef, engineering was always part of his home life, but he hadn’t considered pursing it professionally until now. We talked to him about how his experiences so far have changed his view of apprenticeships, what he enjoys most about his role at STFC, and how it feels to be a WorldSkills National Finalist!

Before I started my apprenticeship I was actually a chef! I wanted to change industries, and although I had good practical skills and was used to working with my hands, I didn’t have any engineering theory. I thought an apprenticeship was the best way to get that knowledge without having to take a career break, because you can learn from the ground up while working in the industry.

Did you have a particular career in mind when you made your decision?

Originally I was looking at becoming a welder, but as I was searching for an opportunity, I came across the apprenticeships at STFC and everything just kind of came together nicely. The timing was actually great too because of COVID!

Were you always interested in a career in engineering?

Engineering has always been ticking over in the background for me, but I’d never thought of it as a career until recently. When I was younger, I spent a lot of time with my grandpa (who was an engineer in the Army) so that was definitely a driving factor. I used to help him out doing cars up, learning to solder at 13, and spending a lot of time holding torches and tools for him!

I also grew up with Robot Wars, which was a big influence, and in fact I built a robot (just a little one) before I applied to the apprenticeship. I’m into music too, so I’m always fixing cables and other bits that have broken.

Did you have an idea of what an apprenticeship would involve before you came to OAS?

Being a bit older, my view of apprenticeships was a bit old school – the new guy on the building site, making tea and getting pranked – but that’s very different from what it’s like now which has been a very pleasant surprise! Apprenticeships are also traditionally day release, but at OAS you spend the whole first year in the training centre, which I really liked.

What are the most memorable projects you’ve worked during your apprenticeship so far?

Fluid power was the most memorable thing I worked on in the training centre. It’s very hands on – you press a button and something moves, which feels like the purest form of seeing something working in engineering for me.

Back at STFC, I’ve just qualified for the WorldSkills National Finals in CNC Milling, so that’s a very memorable achievement! It’s been a very steep learning curve, because CNC wasn’t really on my radar before, but I’ve really enjoyed it! So much of engineering is going that way for speed and repeatability. It’s nice to see a machine do what you tell it to and make something – you do the hard work first and then get the product at the end. STFC selected the best WorldSkills candidates through an interview process, then we did six days’ training over six weeks and submitted our qualifying part to WorldSkills, who confirmed in July that we’re finalists! We’re working hard to further our skills before the UK finals in Blackpool in November.

How has the apprenticeship programme been beneficial to you and your career?

I’ve gained a lot of practical skills that I didn’t have before, and also a lot of confidence in using the machines and tools. When I first walked into OAS and saw the milling machines, I thought ‘I’ll never use that at full speed!’ but within a week of practical sessions you have the skills and confidence to do it.

I also really enjoy the background skills, things like admin and record keeping and health and safety. I don’t like to just accept a fact standing on its own, I prefer learning the processes behind things and the reasons why certain things are in place, so this has been a lot better for me and how I learn.

What would you say are the benefits and what advice would you offer to those looking to apply to the OAS apprenticeship programme?

It’s a fantastic facility. It’s purpose-built so it’s designed to teach engineering, and it has all the equipment that you’d find in your workplace, which means you’re definitely getting a relevant skillset, rather than engineering for the sake of engineering.

If engineering is something you’re interested in, my advice is that it’s definitely worth pursuing. Changing career has been scary, and I took a significant pay cut at first, but the prospects of my apprenticeship are fantastic, especially somewhere like STFC, where there are so many departments and roles. There’s always going to be a good opportunity.

Creating something from nothing is something I’ve always enjoyed, whether it’s food or music or engineering. You have an idea, create it, and then have it in your hand at the end of the day. Engineering brings all the different aspects of me together and is giving me skills that not everyone would learn.

I’d love to continue learning about CNC. I have two years of rotations left with STFC (we do four month placements in different departments to help us explore engineering and find the areas we’re most passionate about). The CNC rotation is very competitive, but I’m hoping the WorldSkills success will help!

Longer term, while my role is currently electronics focused, I’m looking more towards a career in mechatronics because I really enjoy both electrical and mechanical engineering. It would be great to be able to see something through from the control systems right up to what it’s controlling.

Absolutely! It’s not going to be for everyone, but if you’re a practical or kinaesthetic learner who understands things by doing them, then an apprenticeship is great. It also gets you out into the workplace and you get paid, which is always good!

A lot of places are keen to help you continue to progress through Higher Education after your apprenticeship too, I know STFC are, so you don’t miss out on a degree for example by taking the apprenticeship route – it’s still an option.