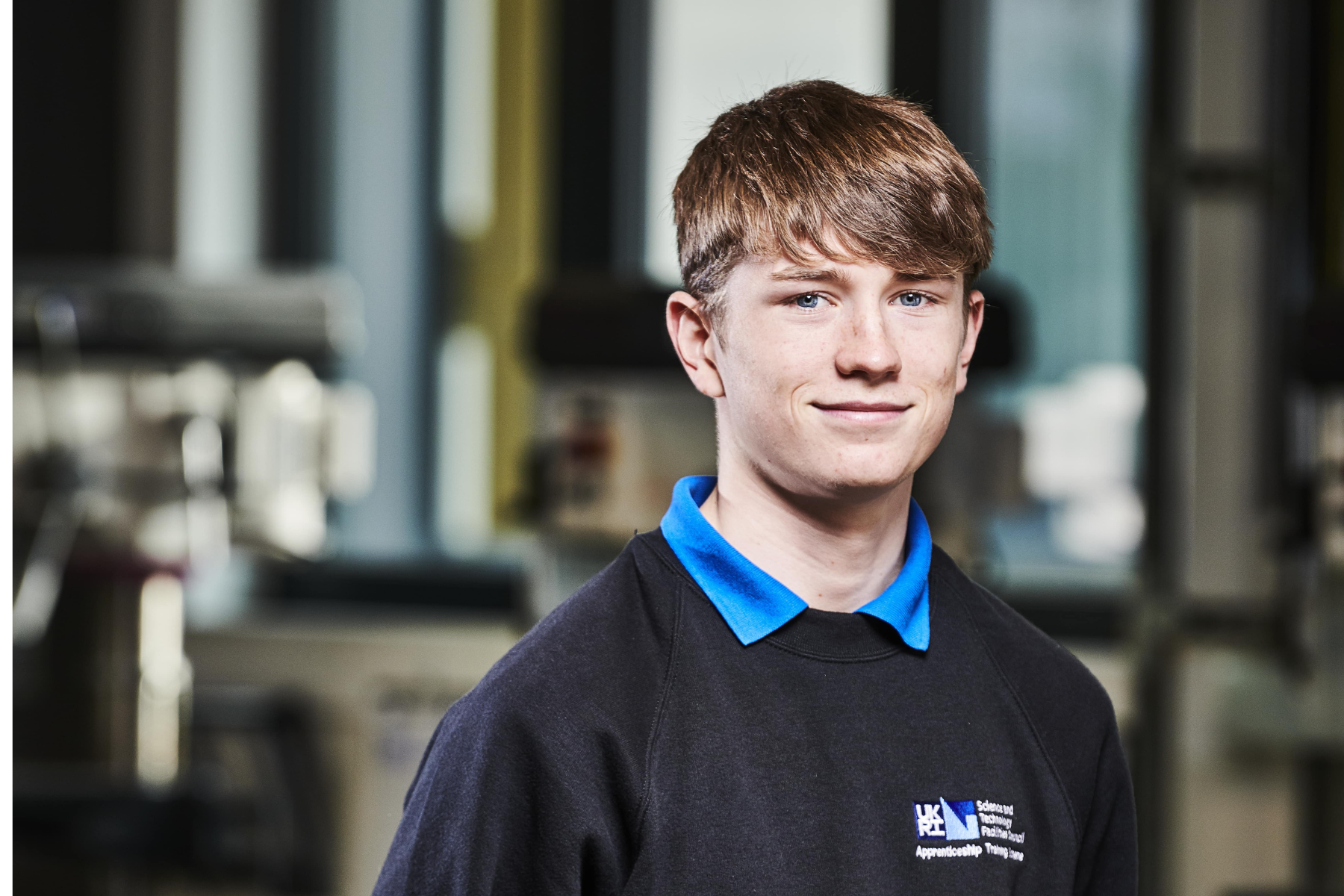 Having built remote control planes as a hobby, Sean knew that he wanted to pursue a career in engineering but needed a change from the traditional school environment. Now halfway through his first year as an Apprentice Engineering Technician with STFC, we talked to him about why he chose an apprenticeship, what he’s enjoying about his programme so far, and what advice he’d give to others making decisions about their next steps in education.

I thought it was a good opportunity to get the education I needed, at the same time as branching out into an organisation and getting some work experience. I didn’t really enjoy the school environment, which is one of the reasons I went to college and then OAS rather than sixth form. Here, the responsibility is more on me, it’s a more practical way of learning, and a better choice for my education. An apprenticeship is also more assignment based as you go along, rather than a hefty chunk of exams right at the end.

Did you have a particular career in mind when you made your decision?

Not particularly, I knew I wanted to work in engineering, but not exactly what kind. That’s one of the reasons that I chose the role at STFC, because in the second, third and fourth year of my apprenticeship, I’ll cycle through block releases in different departments throughout the organisation before deciding where to specialise.

I’ve always had fun building stuff, and although I didn’t do much engineering at school, I used to build RC (remote control) planes as a hobby. I also used to watch lots of different engineering projects on YouTube, which were pretty cool.

Did you have an idea of what an apprenticeship would involve before you started?

Yes. I first applied for an apprenticeship when I left school, but I was turned down, so I went to college for a year and got one A-Level equivalent qualification before then re-applying to several apprenticeships. The year at college really helped me as I learnt a huge amount, and also I did a lot of research into apprenticeships so I then knew what to expect.

I didn’t realise that the programme at OAS was structured the way it is though – we spend time focusing on specific topics, maybe two weeks on one subject and then four on the next, and that structure is really helping me to focus on what I’m doing and to succeed. For me, it's much better than trying to juggle lots of topics all at the same time.

How has your apprenticeship benefitted you and your career?

It’s given me an understanding of what sort of things I’ll do when I’m back in my organisation in my second year. I’ve had a lot of training on all the things I might encounter in the workplace, so I feel confident about returning to site.

What advice would you give to someone who is thinking about applying to become an apprentice at OAS?

Work hard and try your best. It’s a challenging programme, and it can be stressful at times, but at the end of the day there’s a big reward for a short term struggle and so it’s all worth it!

The people. It’s great being around the others in my class, spending time with them, getting to know them, and doing interesting things with them. We do a lot of stuff outside the training centre too. I’ve also really enjoyed the practical side of things, which is usually around four weeks per subject. While making mistakes can be infuriating, the satisfaction of completing the project at the end, or just watching layers of material being removed, has been really fun.

I don’t quite know yet! I think I’d like to do something in aerospace because I’m pretty fascinated by it, but I’m looking forward to doing the block release placements throughout STFC in the second half of my apprenticeship when I can find out more about what’s out there and work out where I’d like to specialise.

Yes. You get paid to go to college – you can’t really complain! Plus it’s fun, and you get your education as well as working. At a lot of companies, as long as you put in the effort and try hard they will most likely offer you a job at the end of it, which gives you security for the future too. And even if you decide not to stay with your organisation, you’ve got four years’ experience as well as your qualifications to carry forward on your CV.